Healing Politics: A Doctor's Journey into the Heart of Our Political Epidemic

This talk is the third in a series of healthcare-related talks the Board of Directors of our Fairfield Columbia Alumni Association brings to you.

In his 2020 book, Healing Politics, Dr. Abdul El-Sayed, a Columbia University alum, former Columbia professor, physician, epidemiologist, educator, author, and speaker, diagnoses our country’s epidemic of healthcare insecurity and the empathy politics we will need to treat it.  Healing Politics is a combination of memoir, science, and public policy, diagnosing the healthcare challenges facing America and laying out a way forward. In his latest book, Medicare for All: A Citizen's Guide, he proposes ideas on how to achieve universal health coverage in the U.S.

During the talk, you will learn: 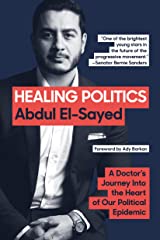 The talk ends in a moderated Q&A to answer your questions. Register now to secure your place. 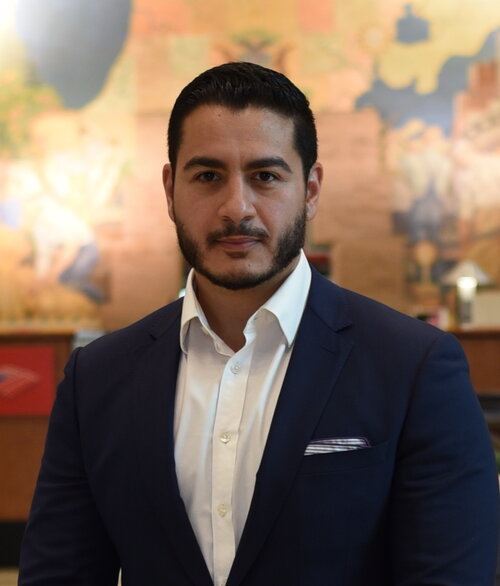 Dr. Abdul El-Sayed is a physician, epidemiologist, educator, author, speaker, and podcast host. He is a commentator at CNN and his newsletter, The Incision, cuts into the trends shaping our moment. His three books include Healing Politics: A Doctor’s Journey into the Heart of Our Political Epidemic (Abrams Press, 2020), which diagnoses our country’s epidemic of insecurity and the empathy politics we will need to treat it; and Medicare for All: A Citizen’s Guide (Oxford University Press, 2021), co-authored with Dr. Micah Johnson, which offers a no-nonsense guide to the policy. He is the host of “America Dissected,” a podcast by Crooked Media, which goes beyond the headlines to explore what really matters for our health. He is a Senior Fellow at the FXB Center for Health & Human Rights at the Harvard TH Chan School of Public Health and a Scholar-in-Residence at Wayne State University and American University, where he teaches at the intersection between public health, public policy, and politics.

In 2018, Abdul ran for Governor of Michigan on an unapologetically progressive platform, advocating for universal healthcare, clean water for all, debt-free and tuition-free higher education, a pathway to 100% renewable energy, and to rebuild the barrier between corporations and government. His bid was endorsed by Senator Bernie Sanders, Congresswoman Alexandria Ocasio-Cortez, The Nation, and Current Affairs. And though he earned over 340,000 votes, he finished second of three in the Democratic Primary. In 2020, he served as a national surrogate for both Sen Bernie Sanders in the Democratic Primary, and Vice President Joe Biden and Sen Kamala Harris in the general election. He also served as a Sanders appointee and one of eight members of Vice President Biden’s 2020 Unity Task Force for Healthcare.

He was the youngest health official in a major US city when he was appointed Health Director in the City of Detroit, charged with rebuilding the City’s health department after it was privatized during municipal bankruptcy. Responsible for the health and safety of over 670,000 Detroiters, the Detroit Health Department became a state and national leader in public health innovation and environmental justice, in one of the fastest municipal public health turnarounds in American history. He was awarded “Public Official of the Year” by the Michigan League of Conservation Voters and “40 under 40” by Crain’s Detroit Business.

As a professor at Columbia University's Department of Epidemiology, Abdul became an internationally recognized expert in health policy and health inequalities. He was Director of the Columbia University Systems Science Program and Global Research Analytics for Population Health. He has over 100 peer-reviewed publications that have earned over 2000 citations, including a foundational textbook on Systems Science & Population Health (Oxford University Press, 2016). In addition, he has previously served as the DeRoy Visiting Professor at the University of Michigan, a Sine Fellow at American University’s Sine Institute of Policy & Politics, and Pritzker Fellow at the University of Chicago’s Institute of Politics.

He is a native Michigander who was born and raised in Metro Detroit, where he lives with his wife, Sarah, a mental health doctor, and daughter Emmalee. He is a proud member of the National Writers Union, AFT Local 477, and SEIU Local 500. He enjoys good people, good coffee, good food, sports, and University of Michigan football.